I paint and draw. Anything I produce I try to save a photo of it here. 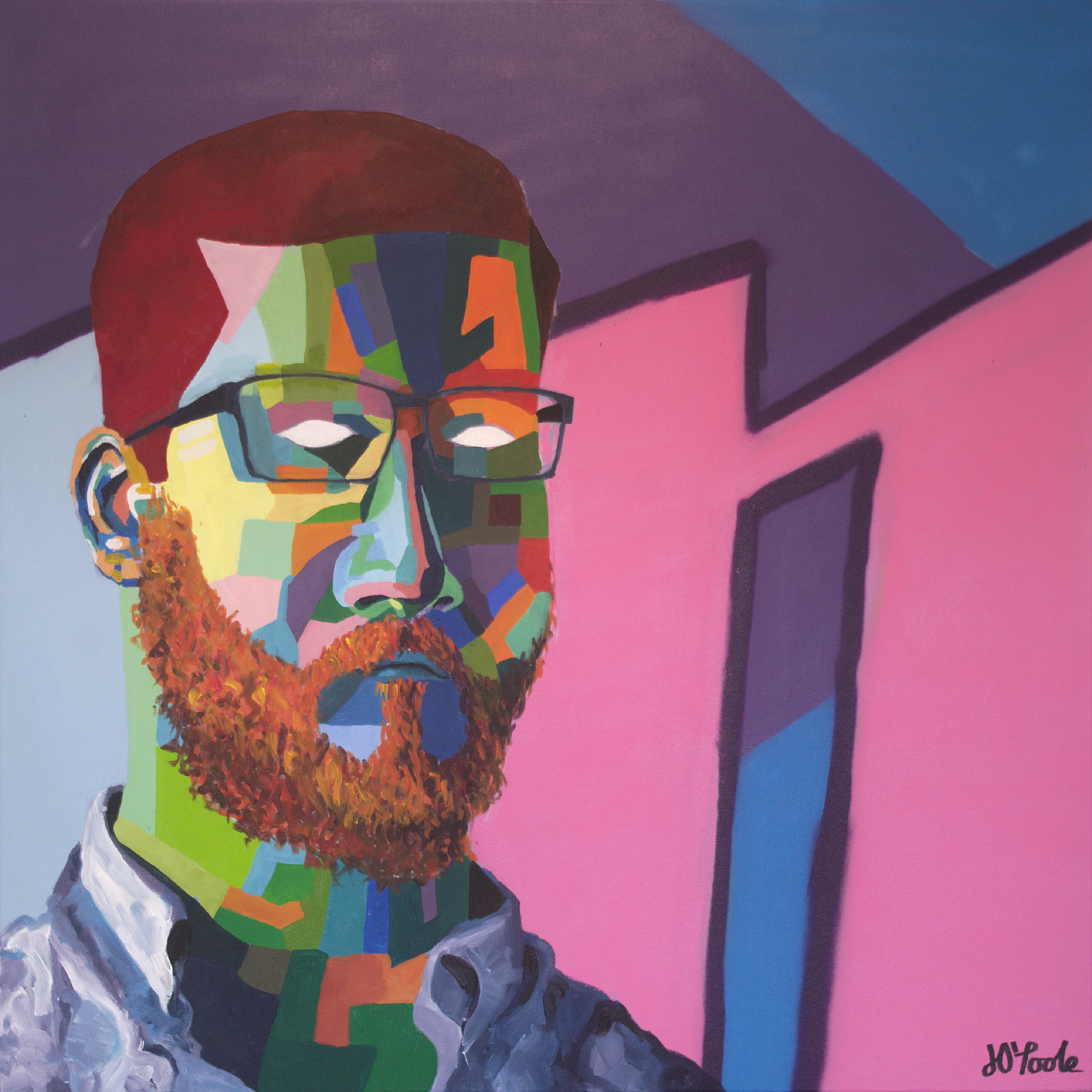 He is called Matt

The cover art for the, newly released, “Salvation” EP by Matt under the pseudonym “Hope for All”. The geometric style is inspired by the electronic style of “Salvation”. 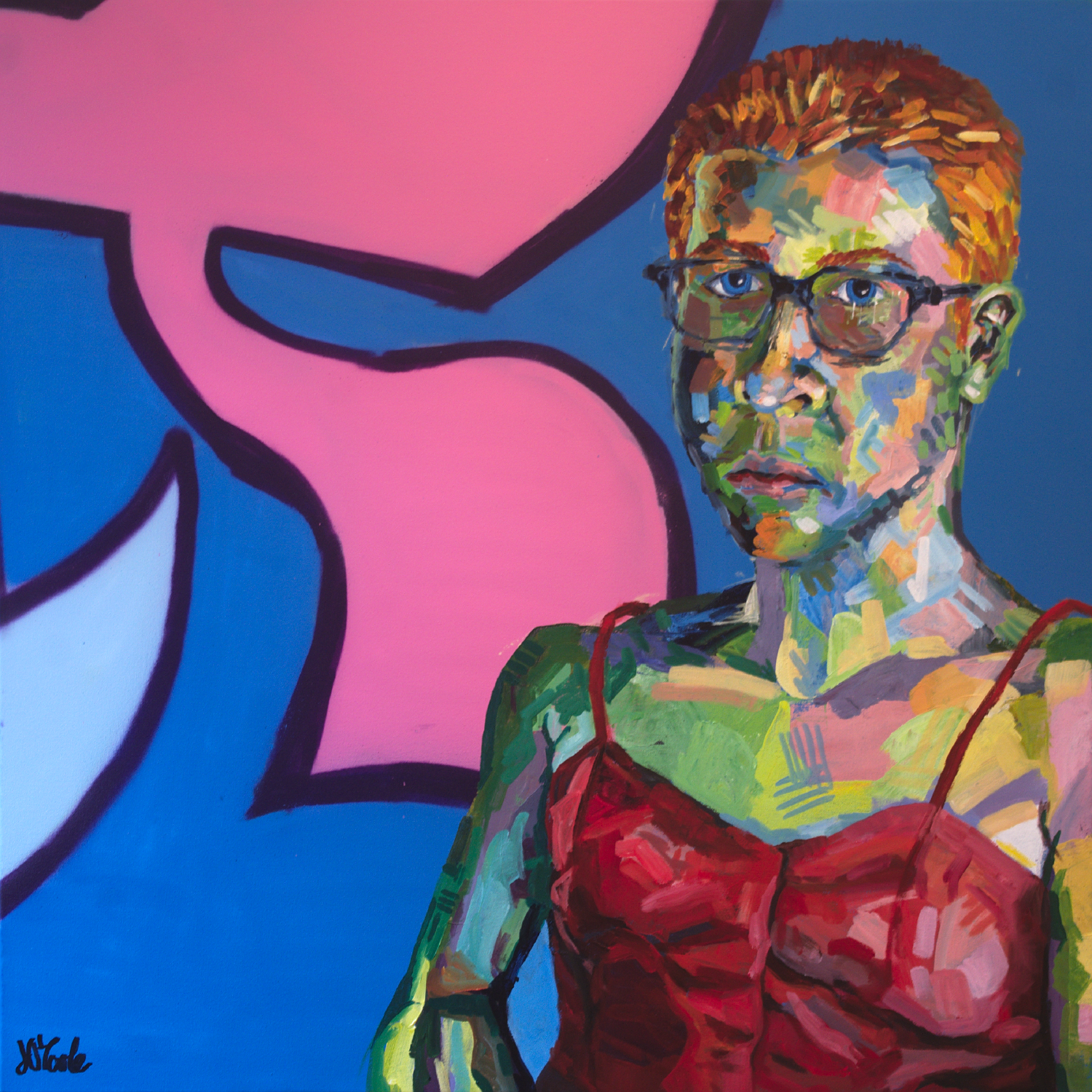 She is called Kira

A portrait of Kira shortly after James cut her long hair into a short and masculine style. The masculine haircut and feminine dress create an androgynous appearance that conflicts with common gender stereotypes. 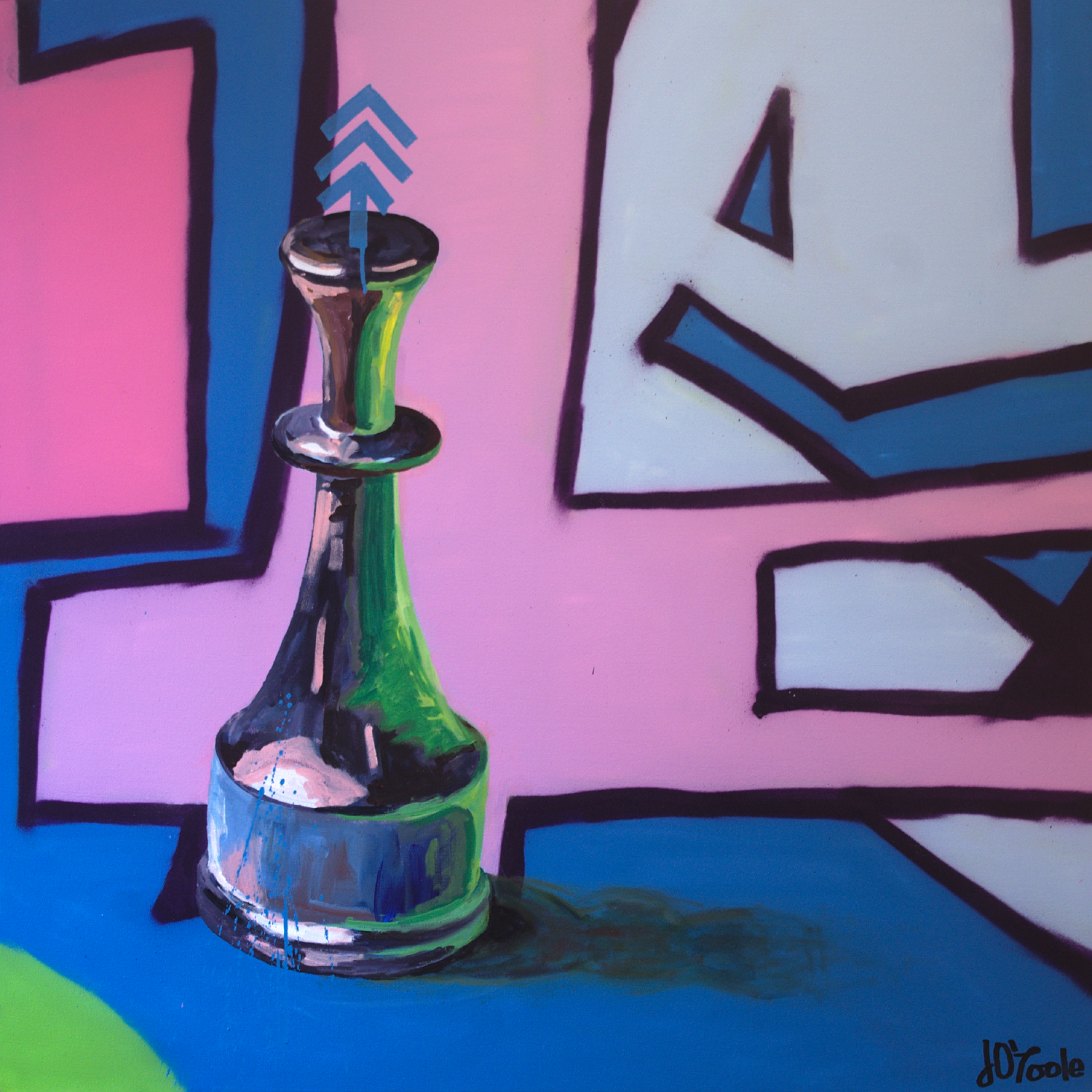 An elegant depiction of the Queen chess piece with three chevrons at her head. The chevrons are symbolic of Mars: the God of War and masculinity. 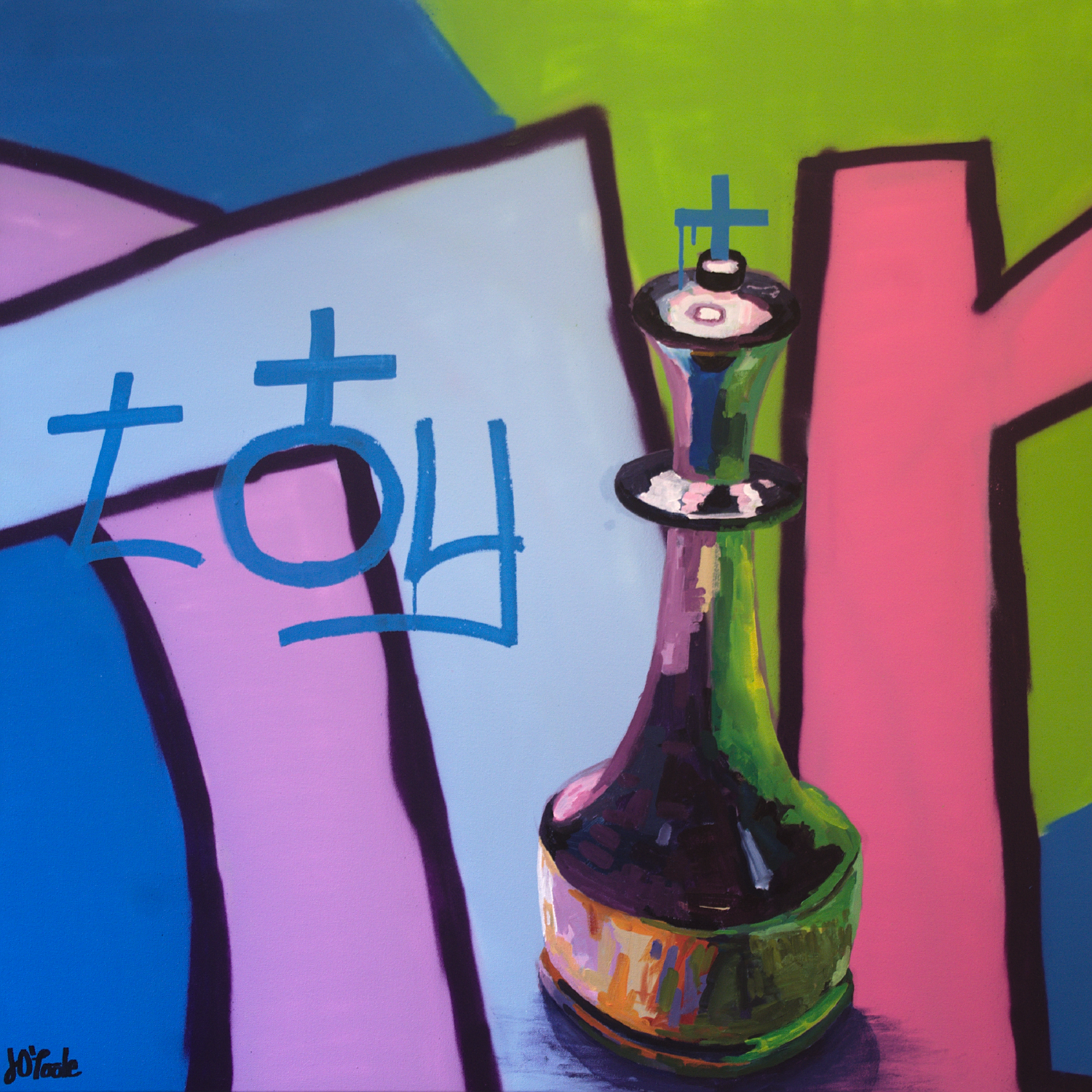 The King chess piece is depicted with a cross at his head. The cross additionally features in “toy”, forming an inverted symbol of Venus. Among the graffiti community, a “king” is a highly regarded graffiti artist and “toy” is a derogatory term. Painting the word “toy” over a graffiti piece is a mark of disrespect.